Designing a 2D game for a 2D screen is pretty simple to us. But it comes to design a 3D environment for a 2D computer screen we tend to adopt game engines thinking that's a lot of complex math we can't handle. Though there's no denying the reliability of game engines, some features of the 3D environment can be implemented with really simple mathematics we learnt at school. This repository is intented to demonstrate that.

Perspective drawing is a drawing technique used to illustrate dimension through a flat surface. This is how we see a flat surface image and perceive a 3D environment in our brain depending on the position and sizes of the objects drawn. So if we can do the math to calculate how large or small the object needs to be drawn depending on how far it is from the screen, that's all we need to have a 3D layout.

This is a vue app, clone the repository, set it up, play around.

Compiles and hot-reloads for development

Compiles and minifies for production

Let's see how easy the math is.

On the left we have a 2D view of a football field and on the right a 3D perspective drawing of the same field. In your mind it has 3 axes (x, y, z) but the paper you would be drawing on has only 2 axes just like the first one and (x', y') is the point on that paper that represents the point (x, y) on the left figure. There is no z-axis on drawing paper, so what appears to be the z-axis on the right figure is actually the y-axis of the paper.

So if you look closely the point on the right figure that represents (x, y) is actually (d + x', y') with respect to the drawing paper where d is the displacement due to the shifting of left side of the rectangle from the y-axis.

If we extend the unparallel sides of the trapeze backwards they meet at a point of projection P which is at infinity distance from the screen. Say the point is at a height p from x-axis on the drawing paper. We can calculate the length of p from the two similar triangles in the figure below. 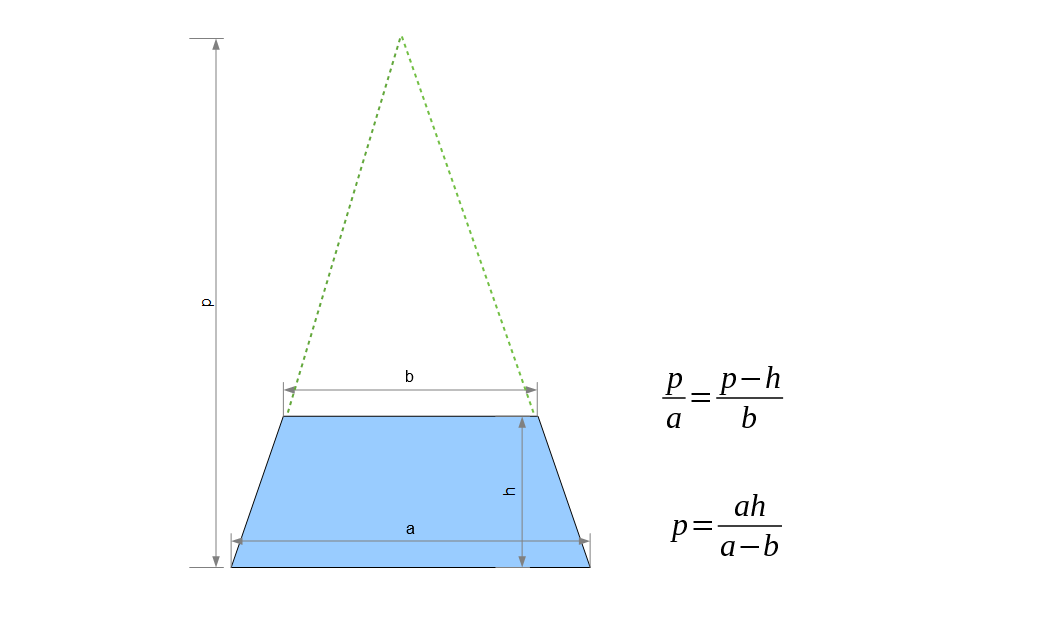 Comparing similar triangles we can calculate the value of d from the following figure.

Now calculating the value of y' is slightly complicated. If an object is in the middle of the 2D space, it won't be in the middle of the 3D space drawn on a 2D screen/paper. For better understanding we squeeze the height of the rectangle to match that of the the trapezium. The middle point of both the field is where the diagonals meet and they don't meet at the same height on the drawing paper. 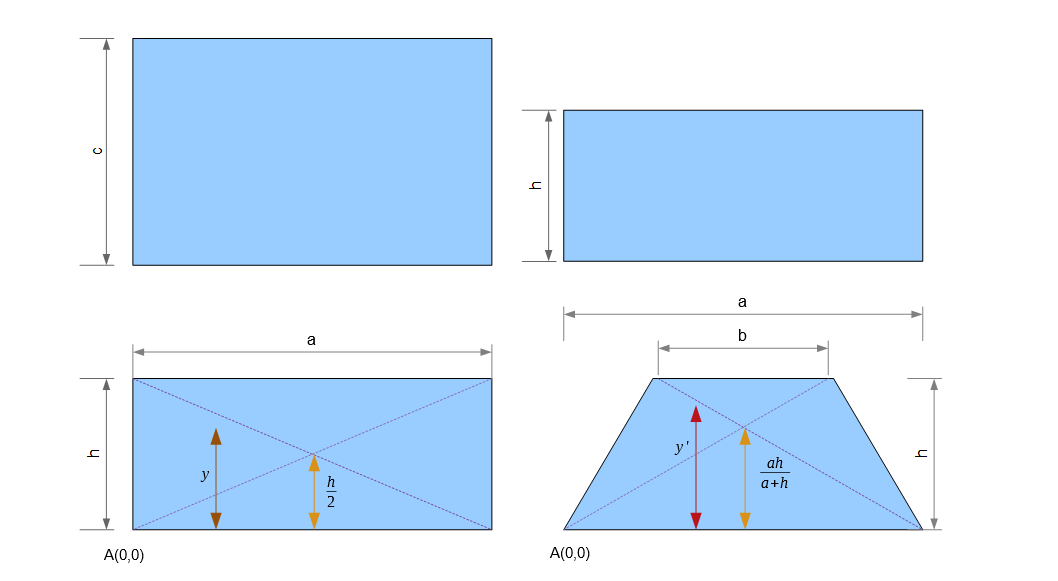 The following table shows corresponding values of y' with respect to y.

The ratio of distances of y' from a and b is proportional to the lengths of a and b. The relationship is illustrated in the figure below.

This equation satisfies all the corresponding values shown in the table above. If you get stuck verifying the last one, the trick is the term bh is negligible to the term ∞(a-b) and thus can be taken off the equation.

This repository is just intended to demonstrate use of simple math to solve complex looking challenges.

A small Vue component that provides an easy way to animate elements as they scroll into view.

A simple wrapper for integrating lottie-web into VueJs

Anime.js (/ˈæn.ə.meɪ/) is a lightweight JavaScript animation library with a simple, yet powerful API.

Anime.js (/ˈæn.ə.meɪ/) is a lightweight JavaScript animation library with a simple, yet powerful API.

A Simple Preloader Component For Vue.js

Vue 3 Lottie vue3-lottie was created to help developers add Lottie animations to their Vue 3 applications. In my search for a simple way to add Lottie

Labyrinth is a family board game. This project aims to recreate the game as a online multiplayer game, develop understanding of the game's complexity and implement practical search algorithms.

Labyrinth Labyrinth is a family board game. This project aims to recreate the game as a online multiplayer game, develop understanding of the game's c

Crypto News Crypto News allows you to convert cryptocurrencies, view latest news and exchange rates for each ICO – all the data from the world of cryp 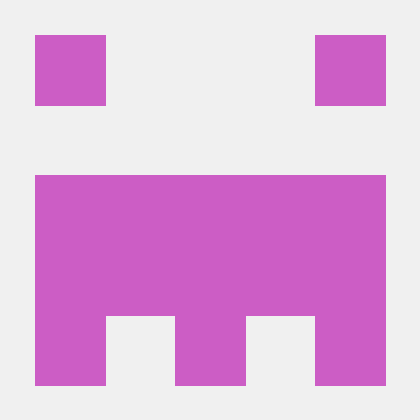 Example of using the Vue wrapper for MathLive math editor

The MathLive Vue wrapper provides a Vue component that implements a <mathlive-mathfield> HTML tag. The component can be used to edit formulas using th

A pure open source and cross platforms Math Formulates OCR tool based on the Electron.

The front end for math-problem

json-editor A schema-aware editor for JSON document. It provides a tree view to present the structure of JSON document, user could manipulate the JSON

Traveliko - Travel with Friends ~ Web application prepared using Google Street View API that allows you to real-time travel with your friends in the same place in street view mode.

Traveliko - Travel with Friends! You can create a room with your friends and travel in street view mode and navigate the map. The application basicall

MemoRandom is a card game in which cards are laid face down on a surface and cards are flipped face up over each turn. The object of the game is to turn over pairs of matching cards.

MemoRandom - Halloween 2021 DressCode.ing Challenge MemoRandom is a card game in which cards are laid face down on a surface and cards are flipped fac

A game of Spyfall is made up of several short rounds. In each round the players find themselves in a certain location with a specific role assigned to each player. One player is always a spy who doesn't know where they are.

ExcelJSON ExcelJSON is a tool to convert CSV, TSV to/from JSON. The tool uses Filereader api for reading uploaded files (no server side upload) and mo