Unfortunately, this project is put on ice for now.

LeafPlayer is a simple and fast, privately hosted music streaming server. It enables you to access your private music collection from anywhere where there's internet access.

There are currently two methods to install LeafPlayer.

If you haven't heard about Docker, check it out here. It's amazing! Prerequisites for using this method are to have Docker and docker-compose installed.

After that everything is fairly simple. Just grab the docker-compose.yml and .env file from the dist directory and copy them to a location of your choice on your server.

Open the .env file and edit the following values

After that just run docker-compose up -d.

You'll need to own a server or computer, capable of running the Lumen PHP framework and a supported database, for example MySQL. Those requirements are the following:

Simply grab the latest release and copy the contents into your desired folder.

You'll also need a database dedicated to your LeafPlayer installation.

After the installer has finished successfully, you should be able to log in with the admin account you just created.

For LeafPlayer to be useful, it obviously needs some music. In the administration panel you can add folders, which will then be scanned for mp3 files when starting a scan. In the future other file formats will be supported as well.
It's also possible to manage your collection from the console by using the scanner commands.

(All commands must be prefixed with php artisan )

Users can be added in the "Users" tab of the administration panel. Currently it's only possible to add users with default permissions.

Just pull the newest image and restart the containers.

There is no command to upgrade to a newer release. Currently it's a matter of replacing all files except of the .env file and the public/artwork folder.

In late 2016 I was searching for a music streaming server to fit my needs, but none of the available alternatives could really satisfy me, which is why I decided to create my own.

How hard can it be?

As it turned out, it was - and still is - a lot of work for a single person, which is why I'm searching for active contributors for the project to create something amazing.

There's two things that you need to do.

Vuejs-docker - Testing out vuejs and docker-compose

Personal-website - My personal portfolio website, made using VueJS and the Pexels API

A modern, fast and productivity driven SQL client with a focus in UX.

Antares SQL Client Antares is an SQL client based on Electron.js and Vue.js that aims to become a useful tool, especially for developers. Our target i

TwitterAPI is a Python package for accessing Twitter's REST APIs and Streaming APIs. It supports both Version 1.1 and Version 2 endpoints. REST APIs t

Inu's Stream A simple and easy to use Website for streaming Anime without ads. Explore the docs » View Demo · Report Bug · Request Feature Table of Co

Frontend project with Vue.js, Sass and Vite. With Docker Package and Web Page. 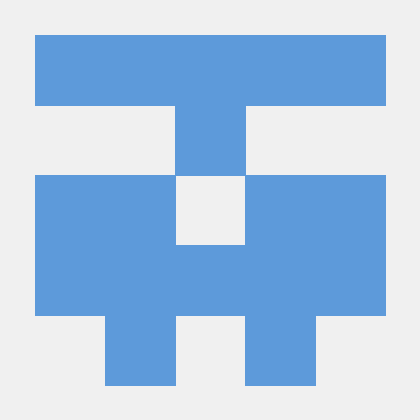 A web interface for managing docker containers with an emphasis on templating to provide 1 click deployments. Think of it like a decentralized app store for servers that anyone can make packages for.

Yacht Yacht is a container management UI with a focus on templates and 1-click deployments. If the built in update button isn't working for you try th

A web interface for managing docker containers with an emphasis on templating to provide 1 click deployments. Think of it like a decentralized app store for servers that anyone can make packages for.

Yacht Yacht is a container management UI with a focus on templates and 1-click deployments. If the built in update button isn't working for you try th

Vue.js app on a docker container with hot reload

The open-source frontend for any eCommerce. Built with a PWA and headless approach, using a modern JS stack. We have custom integrations with Magento, commercetools, Shopware and Shopify and total coverage is just a matter of time. The API approach also allows you to merge VSF with any third-party tool like CMS, payment gateways or analytics. Newest updates: https://blog.vuestorefront.io. Always Open Source, MIT license.

Nuxt Headless CMS is a template for personal websites and blogs. The project was made with Nuxt.js and Contentful as a headless CMS and Vuetify as a UI framework.